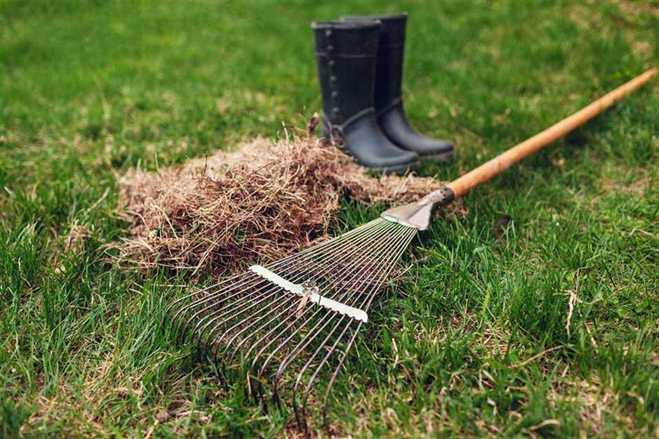 Basically, Verticutting involves the removal of thatch buildup that’s in the yard, permitting the turf to breathe better. It’ll allow the grass to absorb moisture and nutrients more effectively. It’ll do this by ensuring that all of the moisture gets absorbed by the young, fresh blades of grass rather than the thatch. Cleanr Mow provides lawn care services in Winnipeg such as this one.

In case you do not already know, thatch involves a combo of dead roots and stems which forms between the blades of young, healthy grass. Now, a specific quantity of thatch isn’t just harmless yet necessary for healthy lawns.

It’ll provide cushioning and decreases compression in high-traffic spaces. But too much thatch may become a huge issue for your yard as it absorbs the food, water, and air which ought to be going into the younger turf.

As if that was not bad enough already, thatch additionally enables disease and insects to reproduce then easily fester, efficiently creating a threat to the health of your lawn’s grass. Thankfully, Verticutting is a method that’s able to effectively and quickly eliminate excessive thatch without having to damage the turf.

Verticutting: How Does it Work?

Verticutting isn’t the only method that may remove thatch from your yard. By far, the simplest includes using a rake. But this technique is very labour-intensive, impractical and slow, particularly for the ones who have large yards. One other option includes using a dethatcher. But, dethatchers often will damage turf of numerous varieties.

The best way you can remove thatch from the grass on your lawn, without a doubt, includes using a Verticutter. Verticutters are special landscaping tools that feature unique vertically-oriented blades able to cut into the thatch without having to damage any healthy grass blades. In cutting into it, a Verticutter will break up the thatch layer, and bring it to the surface where it’ll be simple to remove and collect.

As it’ll come to dethatching and Verticutting, there are a few clear differences between them. Dethatching may be accomplished using a machine or a rake, and it’ll require a good amount of physical exertion. It isn’t as exact as Verticutting, and it easily can damage healthy grass blades when it removes thatch.

In the meantime, Verticutting is a much more benign and accurate process. It’s able to easily and quickly break thatch up and bring it to the top in which it easily can be removed and collected. This method causes very little to no damage to the grass healthy blades which comprise the turf.

In regard to Verticutting versus aerating, the differences aren’t as significant as the ones that arise when comparing dethatching and Verticutting. But there’s one clear distinction between these two methods.

While Verticutting concentrates on only removing thatch, aerating additionally removes grass. In doing this, you’ll help the grassroots freely grow, ultimately resulting in a more stable and established turf. A blend of both methods ought to be used to accomplish the best results.