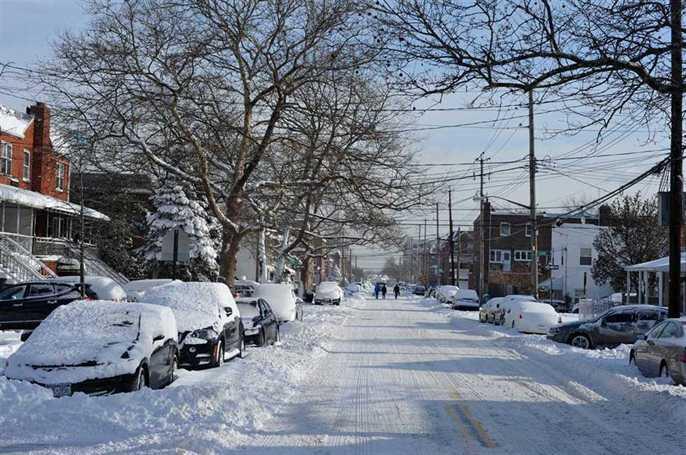 Some people actually think that Canadians live in igloos year-round. But people in Winnipeg know that during the summer, we deal with heat waves that can sometimes make us long for winter temperatures!

During the cooler months, it’s common to see a mix of snow, ice, and other variations of the two. To help you gain a better understanding of these weather conditions, we’ve put together some information on how they form, and what you can do to stay safe this winter:

It piles up in your driveway, collects in heaps on your roof, and supplies ammo for snowball fights. Winnipeggers are very familiar with snow.

Snow is one of the most common forms of precipitation during the winter months. Sometimes it’s loose and dense, and other times it’s light and fluffy. Rain can only fall when the air is warm enough—if the temperature is below freezing point (0° Celsius), the droplets will freeze and become snow.

You know that you’ve walked over a patch of ice when you slip on it and land squarely on your bottom. It’s never a pleasant experience, but it’s something that most Canadians go through.

When water freezes, it forms ice. It’s fascinating to watch bodies of water slowly freeze into solid sheets of ice. But even though this process can be beautiful, it’s also dangerous.

Black ice is a problem that we hope you’ve never encountered. Since it’s clear in colour, it can be hard to spot until it’s too late. Before you know it, you’ve driven or walked over a deadly patch of it.

Another way that ice forms is by freezing rain, which we’ll get into next:

This kind of precipitation is like a middle ground between rain and snow. In our atmosphere, the temperature of the air isn’t always consistent. Some areas are warmer or cooler than others. As a snowflake falls to the ground, it might pass through a section of warmer air, causing it to melt. But when it reaches the ground, the air is cool again, causing it to refreeze.

This combination is what creates freezing rain. When the droplet reaches the ground, it often forms into black ice, which causes dangerous driving and walking conditions.

The start of spring is punctuated by streets full of brown slush. No, we’re not talking about the drinks you can buy at the convenience store (which Winnipeggers love, given that the city has been championed the Slurpee Capital of the World for 20 years in a row).

As the snow starts to melt, it doesn’t turn into water immediately. Instead, it forms slush, a mix of ice crystals and water. It mixes with surrounding dirt on sidewalks and/or roadways, which gives it a brown colour. If slush has ever built up around your car tires, you know how frustrating it can be to drive through it! Sometimes, your wheels spin in place while your car fails to move at all.

Even though all these weather conditioners are formed by different temperatures, they have one thing in common: they pose a great inconvenience when they accumulate in your driveway. In some cases, ice and snow can even be hazardous. If you need snow removal services in Winnipeg, give Cleanr Property Maintenance a call!